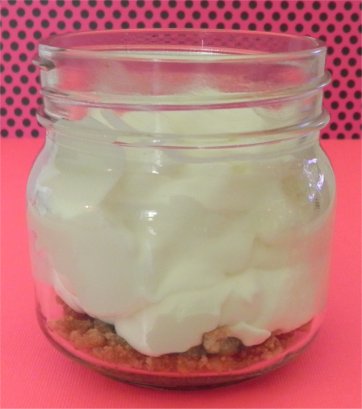 This dessert can be made with a cream liqueur or made as a non-alcoholic version. Make the graham cracker crust first and add it to the jars, then make the cream pie. This little dessert is surprisingly delicious and light. You won't have any problems finishing this dessert!

I used Baileys Toffee Almond Coffee Creamer for a non-alcoholic version of this treat last time I made it and it came out great. Just a nice light combination of the melted marshmallows and the toffee almond taste. Yummy! 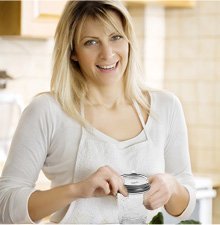 In a medium saucepan over low heat, heat marshmallows and milk until marshmallows have melted, stirring constantly. Refrigerate marshmallow mixture for 15 to 20 minutes, stirring occasionally, until it mounds somewhat when dropped from a spoon. (Don't let it get overly thick - If mixture thickens too much, place it in a bowl of warm water; stir until it reaches desired consistency.)

Gradually stir in Irish Cream. In a bowl, with electric mixer, beat heavy cream on medium high speed until it forms stiff peaks. Fold the marshmallow mixture into whipped cream. Spoon over crust in jars. Cover and refrigerate at least 4 hours before serving. Store in refrigerator. 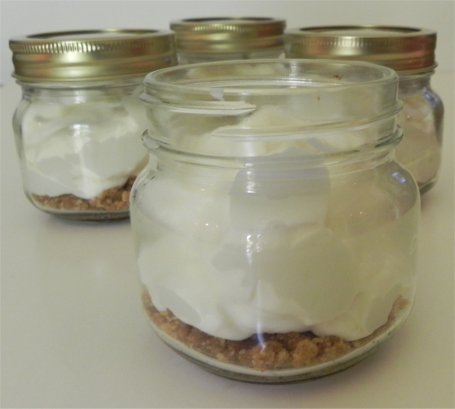